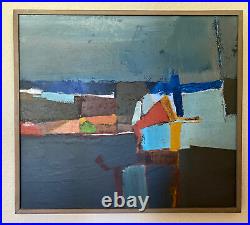 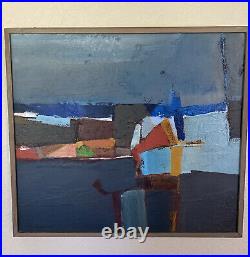 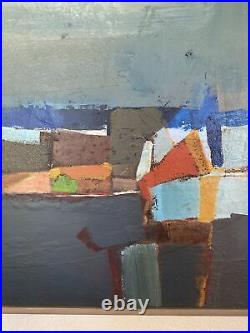 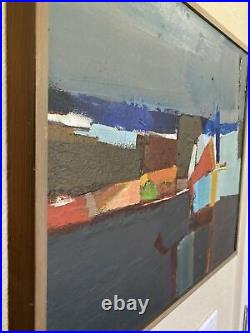 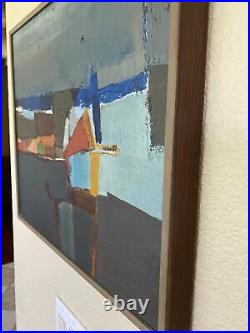 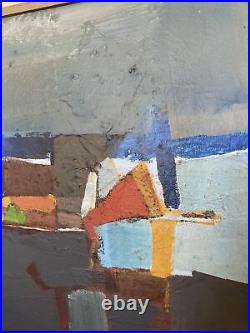 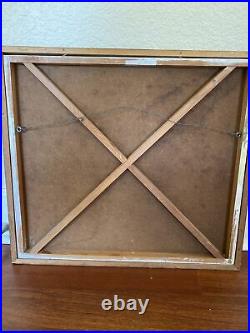 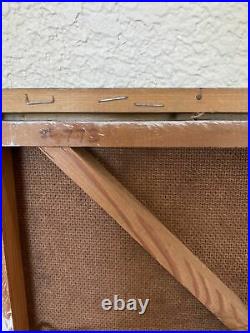 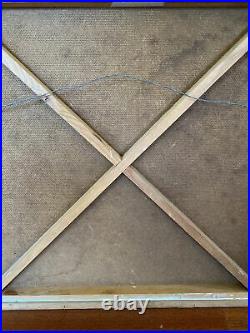 Vintage Mid Century Modern Abstract Oil Mixed Painting Listed Ray Jacobsen MCM. For your consideration a vintage mixed media, mid century modern oil paint by Ray Jacobsen. Beautiful colors with some applied texture. Signed on the bottom left R. Jacobsen 1968 and numbered on the back #773. Measures 19 by 17 with the frame. Painted on board excellent condition with no issues. Please see the pictures for details. Ray Jacobsen was born on January 19, 1938 in Englewood Colorado. The family lived in many places due to his fathers work with the military. After his parents divorce in 1947, Ray, his mother, brother and sister moved to Sonoma. At a very young age, Ray showed an interest and talent in art. In his second year at Sonoma Valley High School, he met his mentor, art teacher Jean Yates, fresh out of the Chicago Art Institute. To quote Ray, He was the catalyst who made me aware of my talents. From then on there was never any question in my mind about my. After high school Ray was faced with the draft and, unable to attend art school due to his familys limited finances, he enlisted in the Army and was sent to Korea. After his return he worked several jobs, got married and started a family. By his late 20s he was able to support his family through the sale of his paintings. Ray spent the rest of his life fully devoted to his art. In 1975, he met his soul-mate and fellow artist Barbara. They married in 1977 and continued their journey together until his death on September 3, 2007. My paintings blend realism and the surreal in a unique interpretation of our hills and valleys. My deep personal love of the natural beauty of Sonoma county and the northern California coast has inspired my work for five decades. One of the founding members of the Arts Guild of Sonoma in 1977, Ray was an active and supportive member for 30 years. He was a perennial contributor of his time and artwork to the Sonoma Valley Museum of Art as an Advisory Council member, a Wet Paint donor, and an exhibitor in the Biennial and Sonoma Collects exhibitons. He also taught private classes in watercolor and oil painting. Rays work is in numerous public and private collections throughout the United States and abroad. Some of his more notable exhibitions have been in the Crocker Museum, Sacramento, The University of New Mexico, Richmond Art Center, Boise State University, Scottsdale Center for the Arts, California Museum of Visual Arts, and the Sonoma Valley Museum of Art. He received the Bronze California Discovery Award in 1994 and was voted Sonoma City Artist Treasure in 1997. Ray was awarded a grant from the Pollock Krasner Foundation in 2003. The item “Vintage Mid Century Modern Abstract Oil Mixed Painting Listed Ray Jacobsen MCM” is in sale since Sunday, June 27, 2021. This item is in the category “Art\Paintings”. The seller is “paul10″ and is located in Rocklin, California. This item can be shipped to United States.