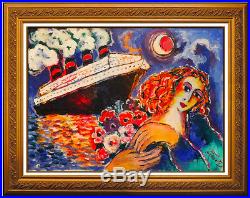 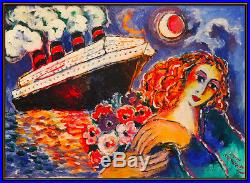 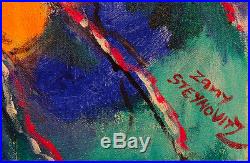 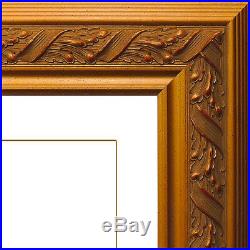 Zamy Steynovitz Authentic and Original Oil Painting On Canvas, Professionally Custom Framed and listed with the Submit Best Offer option. As an artist, Zamy Steynovitz is forever famous for the vibrant color, thick texture, expressive passion and many other ideals that his artworks exhibit. Yet, of all his masterpieces, often the most desired images are intricate and romantic portrait renderings. Like the one here, which gives the viewer a incite into his rare vision, and incredible talents. This oil painting, titled “Woman at Waters Edge – Original” looks absolutely spectacular in person with the custom and high-quality moulding enhancing the exquisite imagery. Additionally we have listed it with the Submit Best Offer option, so name your price now. At this incredible value, it won’t be around long and the first person that meets our bottom line shall be the lucky new owner of this authentic item from the master of modernism, Zamy Steynovitz. Zamy Steynovitz (1951 – 2000): A Polish born artist who used his artistic gift to communicate his message of world peace to the world. He was extremely prolific during his art career, putting on hundreds of one-man shows around the world and having his art exhibit by some of the most notable heads of state. Today, Zamy Steynovitz is considered one of the favorite artists among prominent art collectors and global dignitaries. By the age of 6, he was already an aspiring artist, he studied at the Art School in Tel-Aviv before moving onto the prestigious Royal Academy of Arts in London. After school, Zamy Steynovitz’s became globally successful artists almost immediately. His resurgence of Impressionist coupled with his social agenda made his art both beautiful and timely, feeling a niche art collectors and critics had been searching for something to fill. Considered one of world history’s foremost impressionists, Zamy Steynovitz’s style is often compared to famous French artist Marc Chagall. Zamy Steynovitz’s artwork was presented by U. President Jimmy Carter, Israeli Prime Minister Menachem Begin, the Dalai Lama, and Pope John Paul II. Zamy Steynovitz passed away in 2000, leaving behind him a long legacy of beautiful artwork and significant work toward the goal of world peace. SUBMIT BEST OFFER, All OFFERS CONSIDERED. However, this is your chance to own an authentic painting at a much better price than those retail outlets command. The artwork here, “Woman at Waters Edge – Original “, is an alluring depiction of a dainty young debutante holding a vibrant bouquet of flowers. The immaculately detailed artwork is of impressive craftsmanship & size, measuring approximately 16″ x 22.25″ and 24.5″ x 30.5″ with its custom frame. Furthermore, it is one of the nicest paintings by Steynovitz we have ever made available, is hand signed in the lower right corner, has remained in excellent condition since it was completed, referenced by Park West as 77917, and comes with a Gallery Letter of Authenticity. So remember again, this piece is being offered for sale with the Submit Best Offer option and thus it will likely sell before the end of this listing. Zamy Steynovitz’s art has been exhibited in major museums around the world, and can be found in some of the most prestigious public and private collections worldwide. More than just a pretty picture. Try Vendio Image Hosting. The item “Zamy Steynovitz Original Painting Oil On Canvas Signed Female Portrait French” is in sale since Monday, March 25, 2019. This item is in the category “Art\Paintings”. The seller is “1lambo1″ and is located in Minneapolis, Minnesota. This item can be shipped worldwide.