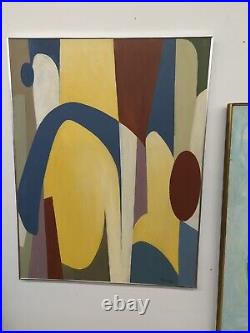 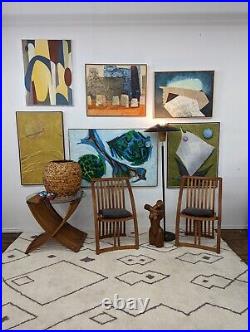 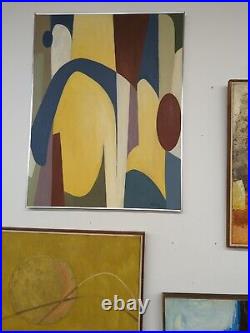 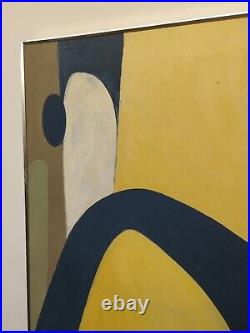 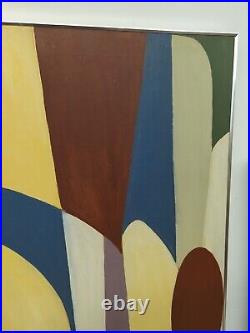 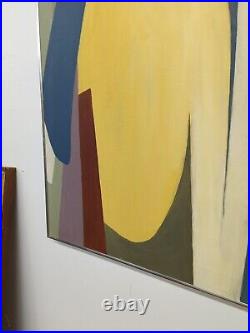 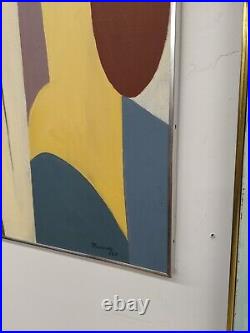 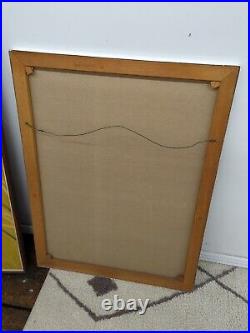 Now is the time to get a hold of one of his works. Please see photos for condition. Framed in a simple vintage metal frame. Afterward, while earning his living as a commercial artist, he persued his studies at the Vesper George School of Art in Boston, a part of the second generation Expressionists coming out of Boston. Before WWI, Murray worked in an advertising agency in Harrisburg PA, from which he resign to serve in France as part of the US Army. Awarded a number of recognitions in the Army, he continued painting as he could throughout the war. His family lived in Paris, London, and New York as he pursued his advertising career and continued his private art production. He retired to Duxbury in coastal Massachusetts and vigorously continued his painting over the next 30 years. The large majority of his works were only recently released to the public from the estate of his daughter. He served as president of the Duxbury art association in the late 50s, as he continued painting, sculpting and building. Painting was exploration for him, from the time he was a boy until his twilight years. His work was originally largely representational, but as time passed he pursued the intellectual challenges of further abstractions and expressions of the images he saw. Mass delineation, reduction to form and color, often working with a layered impasto effect to express his vision. Murray exhibited nationally and was presented with a number of awards including a few exhibits and awards after his death. This item is in the category “Art\Paintings”. The seller is “storypiece” and is located in this country: US. This item can be shipped to United States, Canada, United Kingdom, Denmark, Romania, Slovakia, Bulgaria, Czech Republic, Finland, Hungary, Latvia, Lithuania, Malta, Estonia, Australia, Greece, Portugal, Cyprus, Slovenia, Japan, China, Sweden, South Korea, Indonesia, Taiwan, South Africa, Thailand, Belgium, France, Hong Kong, Ireland, Netherlands, Poland, Spain, Italy, Germany, Austria, Bahamas, Israel, Mexico, New Zealand, Singapore, Switzerland, Norway, Saudi Arabia, United Arab Emirates, Qatar, Kuwait, Bahrain, Republic of Croatia, Malaysia, Brazil, Chile, Colombia, Panama, Jamaica, Barbados, Bangladesh, Bermuda, Brunei Darussalam, Bolivia, Ecuador, Egypt, French Guiana, Guernsey, Gibraltar, Guadeloupe, Iceland, Jersey, Jordan, Cambodia, Cayman Islands, Liechtenstein, Sri Lanka, Luxembourg, Monaco, Macau, Martinique, Maldives, Nicaragua, Oman, Peru, Pakistan, Paraguay, Reunion, Vietnam.